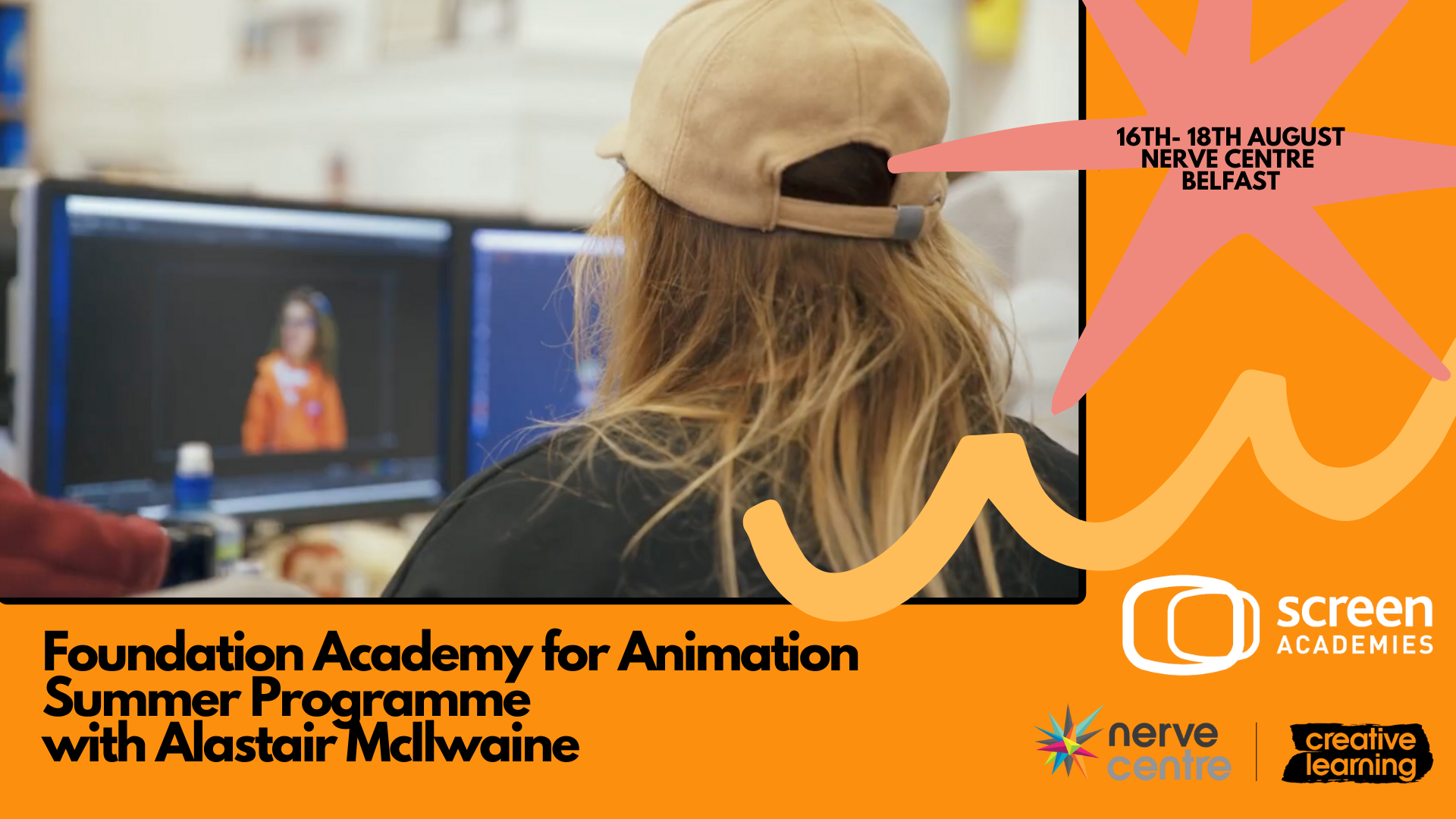 If you are interested in animation and are aged 15-19, the Foundation Academy for Animation is offering a free introductory summer programme in hand-drawn animation at the Nerve Centre Belfast. This programme will take place in the Into Film Building (42 Dublin Road, Belfast BT2).

The 3 day introductory programme will take place from Tuesday 16th- Thursday 18th August. The lead tutor will be Alastair McIlwain, the Godfather of our local animation industry, who started his career in the mid-1970s as animation director on the classic children’s series Roobarb. Alastair went on to work on other animated favourites such as Skylark (1976), Teenage Ninja Turtles (1989), Budgie the Helicopter (1993) and Tales of Beatrix Potter (1993). Alastair has contributed design and animation for hundreds of animated commercials; animation, design and direction on over 40 television series; animation on 17 feature films and direction and production skills to over 60 live action commercials.

The programme will focus on hand-drawn animation and provide an opportunity to learn practical skills developing an original animated character and bringing the character to life through movement. Participants will learn about the 12 principles of animation and apply this knowledge to animate their character.